It’s been quite awhile since I last posted, and I do so apologize. Since we last spoke, I’ve taught about 200 people in needle felting classes, traveled to and from Indianapolis, IN for the best gaming convention in the world (with the BEST students in the world), I’ve redesigned my studio space for better use, been accepted for two VERY large shows for the fall, and just today received my first wool fleece! WHEW!

GenCon2015 had nearly 62,000 people in attendance over the four days of the convention where I taught 9 classes in needle felting. This was my fifth year of teaching at the convention, and it was amazing as always. 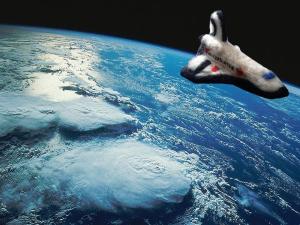 One of my after-con students last year, Marc Huete, created the space shuttle above and it was fabulously photographed by his wife, Leah Huete.This years students created flowers, coat of arms banners, and creatures of all shapes and sizes!

The studio is a work in progress, though I’ll be working full time in it from now until my BIG fall shows. If you’re in Kansas, come to the Hillsboro Arts and Crafts show in Hillsboro on September 19th; or come visit me outside Wichita two weeks later at the Kansas Barn Sale on the grounds of the (former) Kansas Coliseum.

And today, a luscious, locky fleece arrived in the mail, and I can’t wait to play with it once I’ve washed it! Here’s a peek: 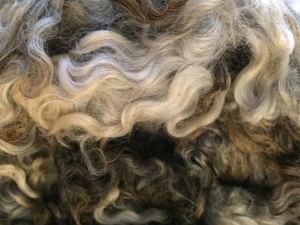 I promise to post more often-soon you’ll be seeing sneak peeks of the fibery lovelies that I’ll be bringing to the fall shows. So, until we talk again, GO FELT SOMETHING!